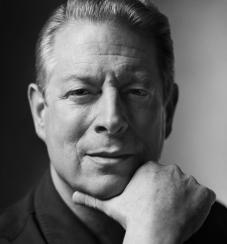 Recent reports on the PRISM project – where the world’s largest telecoms providers supply the US Government with free access to their customer messages and location records – confirm advice circulating some years ago that ‘there is no privacy … get over it’.

US President Barack Obama has tried to quell the controversy by reminding us of the importance of spying on enemies of American democracy and Britain is celebrating 2013 as the 50th anniversary of the James Bond film franchise. But apart from public safety against sinister attacks, there is another important purpose for governments to know a lot of real-time detail about what is happening in (and affecting) their territories.

Governments everywhere must improve their systems for planning and managing our environments – including humans and other kinds of living beings.

To maximise clarity on how the Earth’s systems behave, scientists are collaborating to bring together a hugely ambitious project called the Global Earth Observation System of Systems (GEOSS). Supervised by a small team called the Group on Earth Observations (GEO) at the World Meteorological Organization (WMO) building in Geneva, the GEOSS project is just starting to expand from monitoring the planet’s critical natural systems – atmosphere and climate conditions, oceans, geological and geographic changes – to start developing a system of systems to monitor the behaviours and performances of nations and cities.

Virtual Nations and Data Cities are the subset projects of Al Gore’s 1992 proposal to develop a ‘Digital Earth’. These concepts are already engaging land information surveyors and built environment engineers learning to use new dynamic and online geospatial information and imaging tools. And the discoveries and new practices of those professionals inevitably will change the education and practices of future urban planners and architects, government policymakers, property developers and financiers, and politicians.

Environmental and digital media lawyers will prosper from developing legislation and cases to test and evolve a new ‘3D spatial law’ system that can handle information that is precisely tagged with x-y-z location co-ordinates, time, and relative positioning in any of an infinite number of dimensions (ways of understanding circumstances).

These implications will take decades to decipher, let alone untangle! And the next generations likely to make a serious impact are the kids under 10 who are learning about built environments now … via Minecraft on their mobiles.